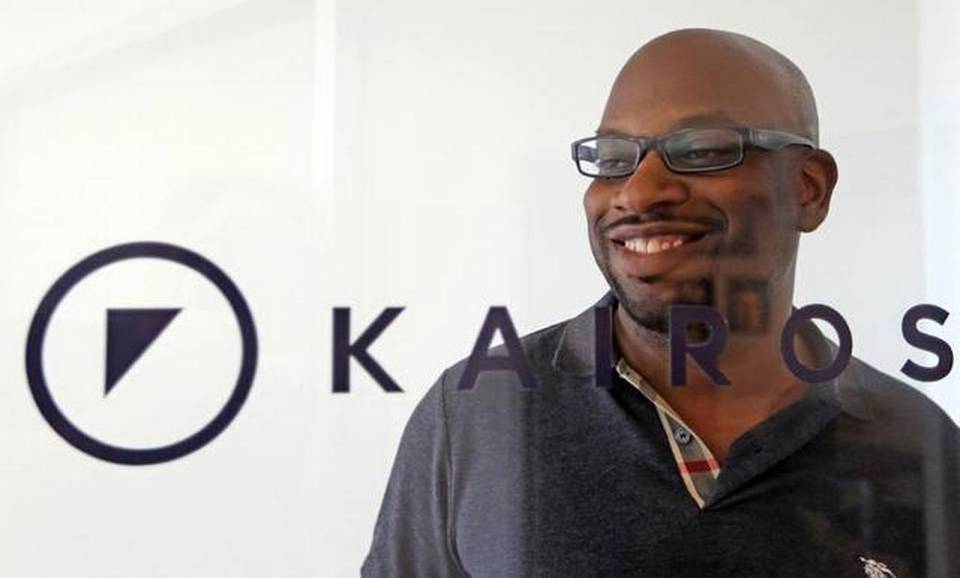 Brian Brackeen is CEO of Kairos, a human analytics startup based in Miami. Miami Herald file

Kairos, a Miami-based human analytics company, found mentorship, a support network and most of its angel investors in the Sunshine State. Now – with a little help from YouTube – the venture-funded startup licensed a key piece of its technology from a state university and received an investment from The Florida Institute for the Commercialization of Public Research

The Florida Institute supports company creation based on publicly funded research, and Kairos recently exclusively licensed technology from the University of Central Florida. Kairos’ CTO Cole Calistra came across a YouTube video by a PhD student at the time who created technology to identify faces in movie trailers, and CEO Brian Brackeen got the licensing process rolling. Some of the profits are shared with the university: “It’s a huge win for both Florida and Kairos,” said Brackeen, who founded the company.

Kairos will be using its Institute investment of $300,000 to hire a couple of computer vision engineers, Brackeen said. Kairos uses three-dimensional data gathered by its face analysis algorithms to measure people’s feelings and interactions as they interact with content and products.

“We believe that data as we know it today is just the beginning for business intelligence, and our mission is to radically change how companies understand people,” said Brackeen, noting that Kairos now owns the intellectual property for all the technology it uses. “Kairos is the only player offering both emotional analysis and facial recognition technologies used to capture decisive moments in people's behavior to empower companies with meaningful metrics. We help our customers understand humanity.”

Kairos has been on a roll. In April, it purchased a startup competitor, IMRSV, gaining valuable emotion analysis technology and expertise. Kairos, now a team of 14 in its Wynwood office, has raised $6 million in total and is planning a $10 million Series A venture capital round early next year. Brackeen, selected as an Endeavor Entrepreneur in 2014, and his team are participating in the 500 Startups Miami Distro program, a growth marketing accelerator in Miami, and also received a $200,000 investment from 500 Startups, a Silicon Valley accelerator and fund. “We are learning really advanced concepts to find new customers,” said Brackeen about the program, which includes eight growth-stage tech companies from around the world.

A recent study conducted by The Washington Economics Group found that between 2011 and 2015, companies supported by the Institute created of 1,144 new jobs; nearly 80 percent of which were in targeted, knowledge-based industries, with an average salary of $76,628. Entrepreneurs raised in excess of $28 million, inducing capital into Florida companies that may otherwise have been invested outside the state, the report said. Including Kairos and Genetic Networks, The Institute has funded 45 companies.