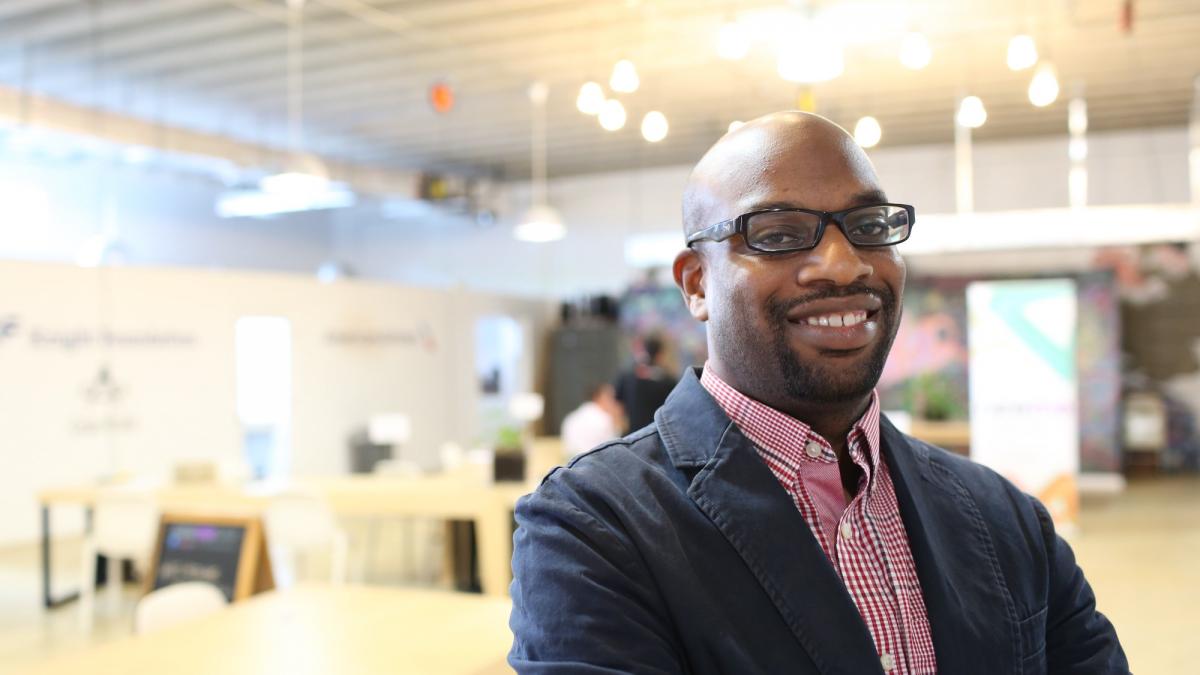 The most underreported story in entrepreneurship, he says, is the “plethora of talent here in Miami, combined with the number of angel investors.”

Miami falls in the top 20 metros in the US with the largest amount of venture capital investment in startups — over $320 million, actually. Plus two big universities pump out talent annually, and the real estate is more reasonable than the Valley or Manhattan (if you stay away from trendy South Beach), Brackeen says. Even with all of this going for it, Brackeen says Miami remains overlooked as an entrepreneurial hub. “People just don’t realize all that’s going on in Miami. I always have to explain the geography, particularly to investors who are not from the area.”

Brackeen founded Kairos after having worked at IBM and Apple, the stalwarts of technology. He used his personal savings and then pooled together a group of angels who contributed as little at $15,000 each. To date, he’s raised $6 million from 100 investors, the vast majority of which are Caucasian (a few Hispanic and 10 African-Americans). Brackeen recognizes that there is a gap in the Black community when it comes to STEM-related professions, including Black founders in tech like himself.

But he doesn’t like dwelling on race. “I think people are overly consumed with the negative parts of the story, but lose the real story. We are not living in a 1964 reality,” he says, alluding to the Civil Rights era and the landmark case in 1964. “I think that’s a huge mistake because people are not dealing with the extremes each day. They need to understand how to manage the ‘soft low expectations’ and human biases to be successful.”

Brackeen also grew up in a family that gave him early access to science. “My dad brought home a computer when I was 8 years old and I was obsessed with it,” he recalls in a phone interview from his Florida offices.

Raised in an African-American household in Philadelphia, Brackeen defines his family as “different and forward-thinking.” That is, he had numerous examples to follow and a well-educated lineage: his father is an engineer; his great grandfather was a doctor in segregated Texas, and his great great grandfather was also a doctor, cited in the National Science Journal for his work on a polio outbreak.

Bracken is keen to point out another advantage. Pennsylvania was more progressive than other states on slavery, outlawing it early on in American history. In 1780, the state passed the first Abolition Act. Thus, “African Americans have one or two more generations here, and time to build up an inheritance, which gives them a slight advantage,” he explains.

However, Brackeen was teaching himself how to code before he was 10. “Yes, that was extremely uncommon at the time because people just didn’t have computers at home,” he acknowledges.

After high school, he attended Penn State, studying information technology. But that was short-lived. “I was working at Comcast in IT at the same time. So in the classroom, a teacher would say, ‘This is how you set up a domain.’ And I would say, ‘No that doesn’t work.’” Needless to say, that didn’t go well in the classroom and Brackeen found himself itching for more real world experience. After one semester, he left. Numerous jobs in tech followed at IBM, ADP, Kronos and finally at Apple.

In 2011, Brackeen left his “cushy job,” he says, to start Kairos. NewMeAccelerator — focused on minority-led entrepreneurs — accepted Brackeen. But after completing the accelerator, he decided to leave the Bay Area.

“I left for really all the right reasons. As an early-stage founder who had self funded, I had to make the money last.”

He looked at Boulder, Austin, New York City, Philadelphia and Miami as viable options. Miami, though, “had the right mix and rose to the top of the list,” he says. Why? Reasonable tax rates, countless PHP developers, lower living costs in certain neighborhoods and access to angels.

“California has one angel investor for every three startups,” Brackeen says, referring to data he acquired from AngelList. “Florida, on the other hand, has three angel investors for every startup.”

Couple that with nearly 250,000 college students: 165,000 students attend Miami Dade College and 55,000 attend Florida International University. “We have institutions. They’re not Stanford or Berkeley. But, if you look at the number of students in Miami, we still have more talented individuals. We send so much of this talent to the Valley unfortunately.”

In fact, the Valley ethos does not always resonate with Brackeen: “Certain books are regarded as the truth. I’m not sure about that.”

Referring to thought leaders such as Brad Feld who has written books like Startup Communities and Venture Deals, Brackeen argues that the formula for a successful startup community is varied, and not so simplistic as Feld lays out. Feld, for instance, argues that a few key components make the ideal entrepreneurial eco-system: access to talent, particularly an influx of immigrant talent, capital, universities, and of course, entrepreneurs.

“But San Francisco did not have that in 1950. There was no talented immigrant population. A few really talented folks left Westchester, New York where IBM was and moved to San Francisco to start a new revolution. The idea that can’t be done elsewhere, or those people are magicians, is slightly ridiculous and ignores history,” he says.

The immigrant quotient is noteworthy: about one in four tech companies established between 2006 and 2012 had at least one foreign-born founder, including some of the biggest names in the industry. Think Google, Tesla, Yahoo.

For Brackeen, Miami clearly has the makings of a startup mecca and Kairos, he says, is thriving here; in just three years, the company has gone from 46,000 facial recognitions per month to over 1 billion and growing. It’s becoming more clear that investors overlooking Miami are doing so at their own risk.

This article is part of a special series curated by the Case Foundation and written by journalist Esha Chhabra, who has written for such publications as Forbes, the Guardian and the New York Times. The series spotlights innovative entrepreneurs who are changing the image of who is and can be an entrepreneur. Tell us about a founder who inspires you via social media using #FacesofFounders.